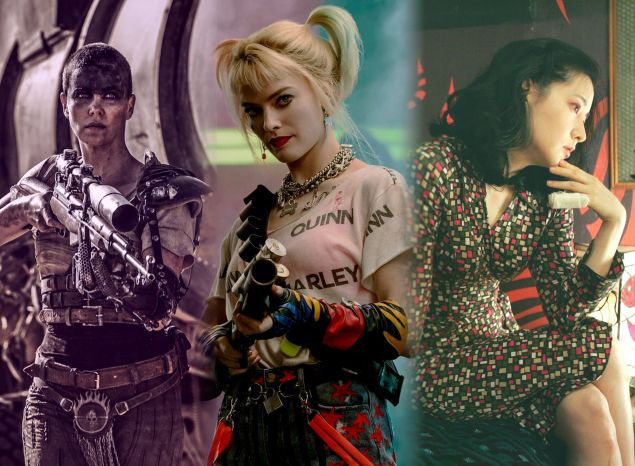 After her freedom has been taken from her. After she’s been manipulated and lied to, her body mistreated and emotions discarded. After the darkness has all but drowned her, a woman who believes she has nothing left to lose does everything she can to fight her way to freedom.

In Birds of Prey (and the Fantabulous Emancipation of One Harley Quinn), directed by Cathy Yan and written by Christina Hodson, Harley Quinn (Margot Robbie), the former lover of the Joker, is tasked with finding Cassandra Cain (Ella Jay Basco) a young pickpocket who stole an extremely valuable diamond.

At the beginning of the film, which hits HBO Max this weekend, Harley is the life of the party, gains entrance to the hottest clubs and gets away with insulting random civilians and goons alike. But once word spreads that she’s no longer involved with the Joker, Harley quickly learns that the respect and deference she received from others was due to her connection to the famed villain and had nothing to do with her personally. Despite all the years she dedicated to fighting his battles, defending him and going to prison from him, Joker and everyone affiliated with him quickly cast her aside, as though she was worth nothing.

Drag me to death, like a lit cigarette
Took my last breath, like the smoke from my lips
I’ve lied for you, and I liked it too

In less than a day, Harley realizes that she was always seen as a joke to everyone around her, and now there’s a target painted on her back by those she wronged. Accepting that she has no one else to turn to, Harley becomes determined to show Gotham and the world that she doesn’t need Mr. J to get by. She has the wits and determination to survive. Wanting to prove her grit to Gotham and more importantly, to herself, Harley resolves to do whatever it takes to survive, even if it means betraying the young and vulnerable Cassandra.

But my knees are bruised, from kneelin’ to you
I’ve had enough, but you’re too hard to quit
We’ve had our fun, now your sugar makes me sick
I’ve lied for you, and I liked it too
But my makeup’s ruined

After watching Birds of Prey I kept thinking of how for years Harley has never really been allowed to have an identity away from Joker in pop-culture consciousness in spite of receiving numerous comic runs where she was cast either as the solo lead, or in a duo with Poison Ivy. For those of us who were not avid comics readers, when we thought of Harley, we—unfortunately—thought of her in relation to Joker, but with the Birds of Prey film, a whole new side to her was revealed for mass, blockbuster-going audiences.

We were finally able to see that Harley is a woman who has fears and vulnerabilities and secretly longs to connect with others. Thinking of how Harley was able to trust others and find a family of her own, despite the betrayal she experiences, brought to mind two of my other favourite female film characters who were more than what they seemed: Lee Guem Ja (Lee Young Ae) in Park Chan Wook’s Lady Vengeance, and Imperator Furiosa (Charlize Theoron) in George Miller’s Mad Max: Fury Road.

On the face of it, these three women share a common narrative—they all essentially go on the warpath to get revenge on the men who did them wrong. That is one of the things that make them notable, but the women in these films have other less-obvious similarities that make them inspirational feminist characters.

Over the years Harley Quinn was the loud and audacious sidekick to Joker. She was seen as the woman who threw away everything she worked for as a psychiatrist to play second fiddle to her patient, a murderous madman. Instead of being respected for her intelligence, she became the butt of jokes after being cast aside once he no longer had any use for her. But thanks to Birds of Prey, audiences with no knowledge of her comic escapades learned there’s more to Harley than meets the eye. Hidden beneath the snarky quips, broad smile, shiny clothing and tattoos was a heart that had been broken one too many times, filled with hurt, insecurity and betrayal.

Like Harley, Geum Ja and Furiosa were betrayed and lied to by men in their lives. They were isolated from family and anyone who would truly care about them. Harley lost her sense of self and confidence. She believed that she couldn’t survive without the Joker. She thought she would always have his protection, because after all, she was the one who always had his back when no one else was around. Geum Ja was forced to confess to a crime she didn’t commit, in order to keep her daughter safe. She spent 13 years in prison, wondering where her child was and if she was safe, while those on the outside either forgot about her, or condemned her.

The line “revenge is a dish best served cold” has always been used to describe the way women seemingly shut their emotions down when they’ve reached their limit, and in the most calculated manner, turn the tables on the men who hurt them. And at times, it’s accurate. Shutting off one’s emotions—to a certain degree—is the only way to cope with the trauma experienced, and steps needed to move forward. But when this isn’t a viable option, women do the opposite.

For years these women played by the rules of a society where what men say goes. They’ve stifled themselves because they were told that standing back and staying silent was the way they should be. As women, their opinions weren’t wanted, but their bodies were there to be used. After having their futures taken and distorted, they all reached a point where it was too much and the time of society dictating who and what they should be, had ended.

On their painful paths to emancipation these women found healing through sisterhood. For Geum Ja it was the women whom she grew close to in prison that encouraged her in her plan of vengeance. For a young Furiosa it was the Vuvalini clan, the women who raised and gave her the strength and confidence to know her worth as a woman, that made her a confidant to help the young women being held captive by Immortan Joe (Hugh Keays-Bryne), seek their freedom.

They turn the energy used to keep their emotions in check by hiding away their hurt, outward towards the ones who want to destroy them. While Harley, Geum Ja and Furiosa are right to believe that they only have themselves to depend on, they learn that there are other women who, despite having also been taken advantage of, held down by the patriarchy and judged by society, are willing to stand by their side and fight with them. In the midst of the chaos and violence there’s the peace of knowing they have each other’s backs, and a beauty in their solidarity. 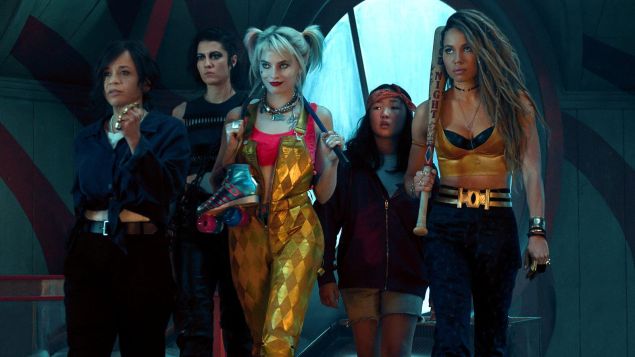 The Birds of Prey, as they appear in Cathy Yan’s film of the same name. Warner Bros.

Watching heroes like Black Canary (Jurnee Smolett-Bell), Renee (Rosie Perez), and Huntress (Mary Elizabeth Winstead) stand up for Harley and Cassandra, was easily one of the main highlights of the film. Their understanding of why Harley did what she did and willingness to forgive and defend, instead of condemning her, was not only inspiring, but showed how important it is to have women writing and directing characters and films like this. They know this is how real feminism functions.

Meanwhile, Fury Road, and other films like it such as Widows, which were written and directed by men (Steve McQueen for Widows), show that having an understanding of how women think, and what we want to see on screen, is a vital part of storytelling, especially to avoid stereotypical characters.

With stunning fight choreography in Birds of Prey, the heart-pounding tension of a pedal-to-the metal desert chase in Fury Road and the perfectly executed comeuppance in Lady Vengeance, these women embraced all of their inner turmoil and let it out in the most spectacular and badass ways possible.

In Birds of Prey and Fury Road, the fight choreography plays a significant part in showing how these women bonded, forming cohesive fighting units. The women all seem to know instinctively what the other will do and adjust to suit. (This is thanks to the mindful work of stunt coordinators and fight choreographers.) Whether they’re pushing eachother out of the way of danger, or loading and passing guns with little to no communication, their actions prove that they’re all willing to do what needs to be done to protect each other.

There’s nothing quite like the confidence gained from knowing there are women who believe in and will defend you just as you would them. Having a community, a sisterhood standing beside you to kick ass when words are no longer being heard (if they ever were), is the most freeing and powerful feeling in the world.

Birds of Prey (and the Fantabulous Emancipation of One Harley Quinn) will be available to stream on HBO Max August 15 and is available for purchase now. Lyrics: “The Jokes on You,” written by Cara Salimando, Daniel Pemberton and Imad Royal and performed by Charlotte Lawrence for the official Birds of Prey soundtrack.

Observation Points is a semi-regular discussion of key details in our culture. 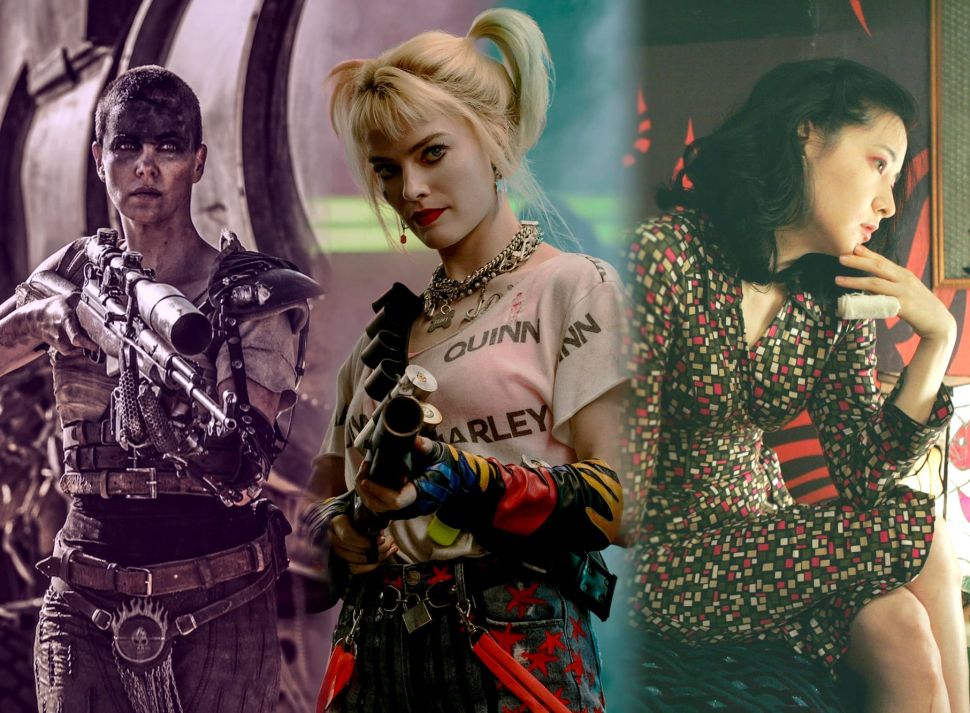