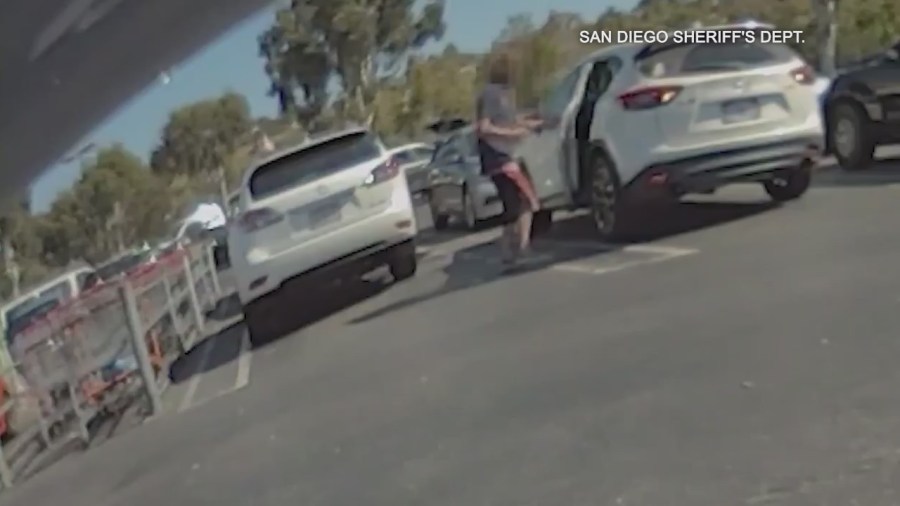 VISTA, Calif. — Authorities have released surveillance video of an attempted kidnapping at a Costco parking lot in Vista.

The incident happened around 3 p.m. Saturday outside of the warehouse on Hacienda Drive. A woman was backing her car out of a parking spot when a man opened the back door and tried to take her 2-year-old child, San Diego County Sheriff’s Department said.

The video shows the child’s mother get out of the car and confront the man.

A crowd gathered and a confrontation between the man and the child’s father, who was also inside the the car, got physical, deputies said. An off-duty sheriff’s employee and other witnesses intervened, separating them until deputies from the Vista Sheriff’s Station arrived.

Deputies arrested 37-year-old Adam Glavinic on suspicion of attempted kidnapping and being under the influence of a controlled substance, deputies said. He was booked into the Vista Detention Facility but has since been released on bail.